Killed In The Line Of Duty

Kevin Burnett, 51, of South Bend, wrestles with the "stupidity" of shooting two Mishawaka police officers as he stops at a small memorial at the intersection of Broadway Street and Sarah Street, just a half a block from the home where the officers were shot. Burnett, a 1970 graduate of Marion High School, said that he new Cpl. Thomas Roberts, often playing basketball with him in pickup games when they were growing up in Mishawaka. Cpl. Thomas and Patrolman Bryan Verkler were killed in the line of duty in December of 2003. 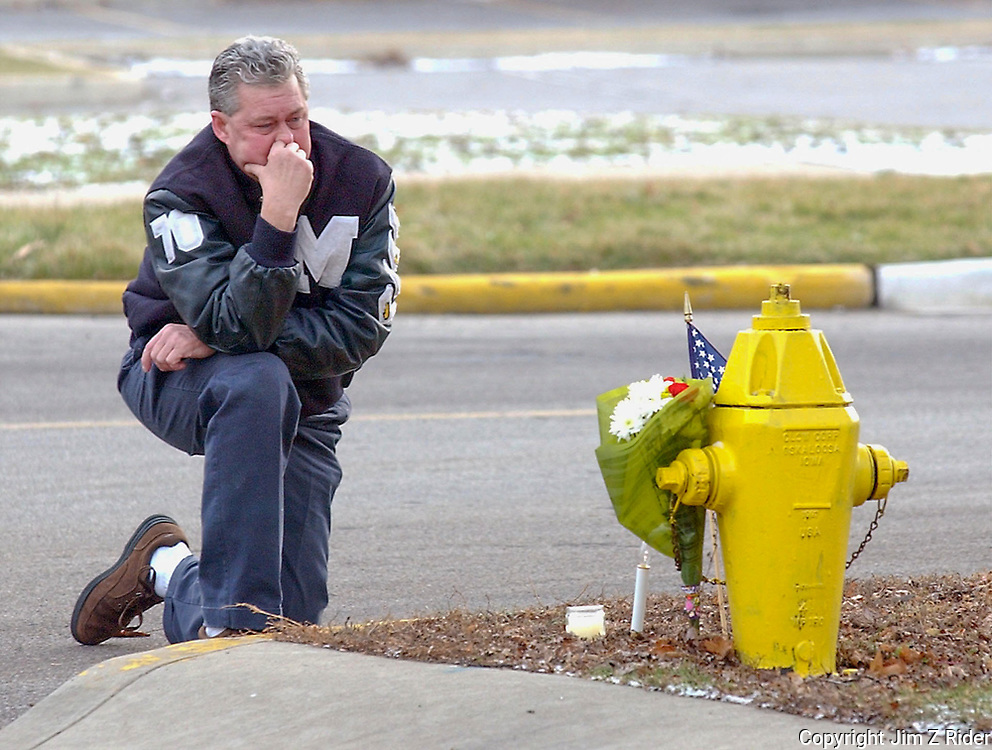