back to search results

MOVE member Mike Africa, Jr. leads a march on campus against the University of Pennsylvania in Philadelphia. Penn apologized for using the remains of Tree "Katricia Dotson" Africa as a case study in its anthropology classes. The group is not satisfied with a simple apology. The bones were removed from a communal home in the Powelton Village neighborhood of Philadelphia after police bombed the home in 1985 during a standoff, destroying several homes in the area. Africa was born in prison after his parents, Mike Africa, Sr. and Debbie Africa were arrested for their connection in the death of an officer during a police siege in 1978. 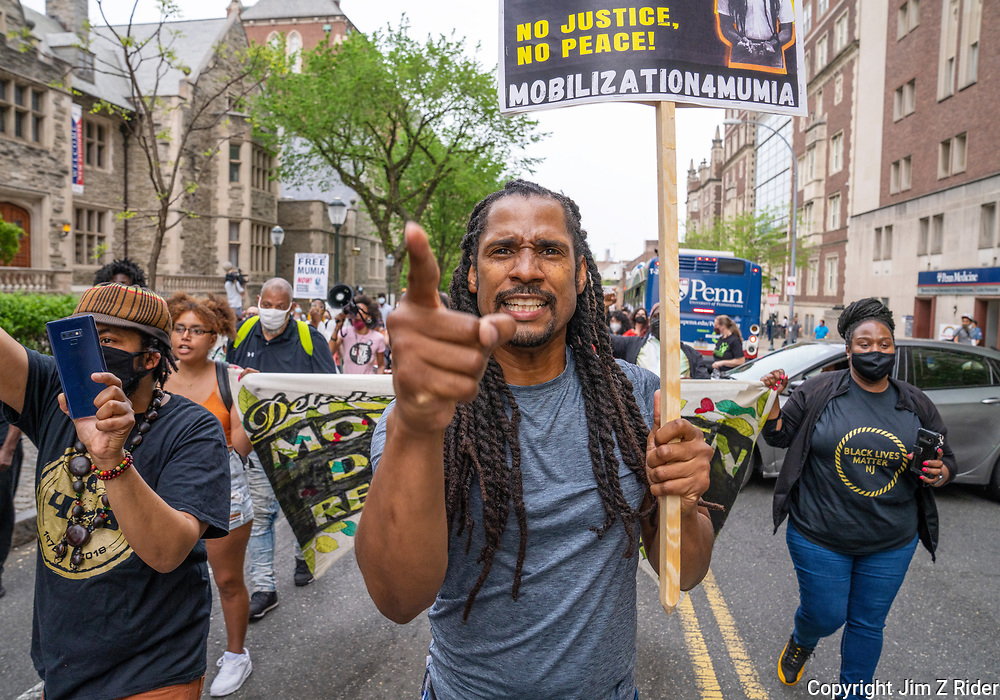