back to search results

Imane Loffi, (right) 33, of Eagleville, Pennsylvania, her daughter, Amira Elsayed, 9, and husband, Elsayed Elsayed, 46, survey what remains of their home. It was one of three homes destroyed during an explosion after a resident pulled a gun on a code enforcement officer. The officer was following up on a hoarding complaint at a row home in Eagleville, Pennsylvania, according to Providence Township Police Chief Michael Jackson. The officer managed to get away safely but as the resident retreated into his home, a series of explosions were heard by neighbors. The remains of the man were found the next day in the rubble of his home. Their 14-year-old daughter was babysitting for the younger children at the time of the blast. They owned the home and their insurance agent was on the scene the next morning. 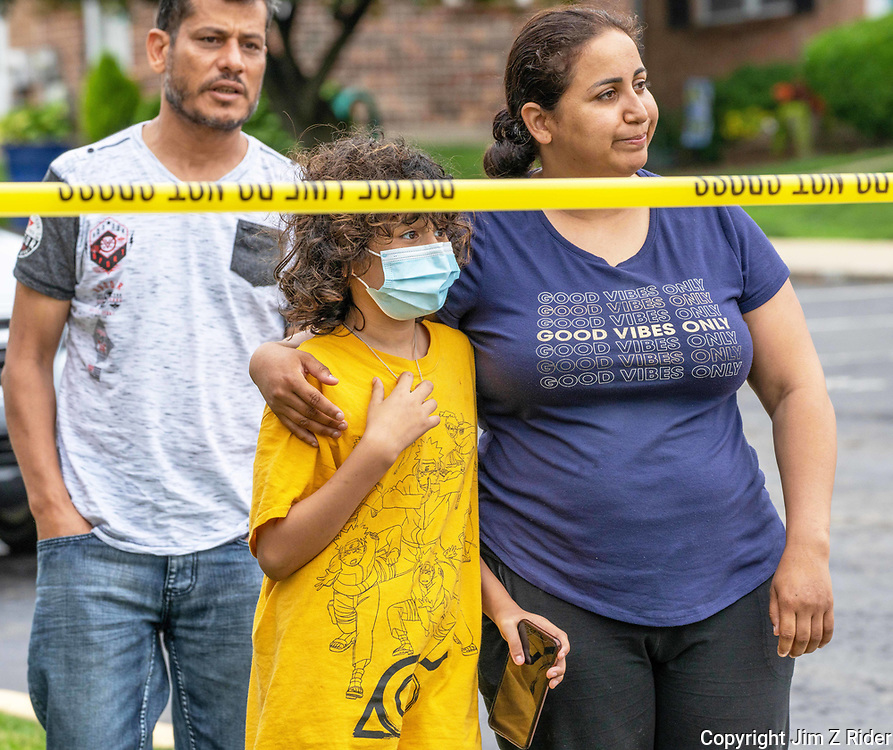